One of the post-war cars developed in Germany, (correction): upon further investigation, it seems that the most recent sole survivor was discovered with an older VW chassis transplant, however the original GP 700 Sport was based on an OEM original Borgward chassis design. —–with a LOT of design similarity to the Porsche 356 (also Beetle-based), the Goliath GP 700 Sport was built with lots of aluminium, and sported a mighty 36hp.  The amount of parts that it actually shares with a VW is unclear, as it doesn’t use a rear-engined layout like the Beetle did.  Very few of these cars exist (reportedly 3 are still in existence).   Produced between 1950 and 1953, by Borgward. The car had Bosch Fuel Injection (!), front engined, front wheel drive, and a transversely mounted engine—-all revolutionary at the time and very unique. 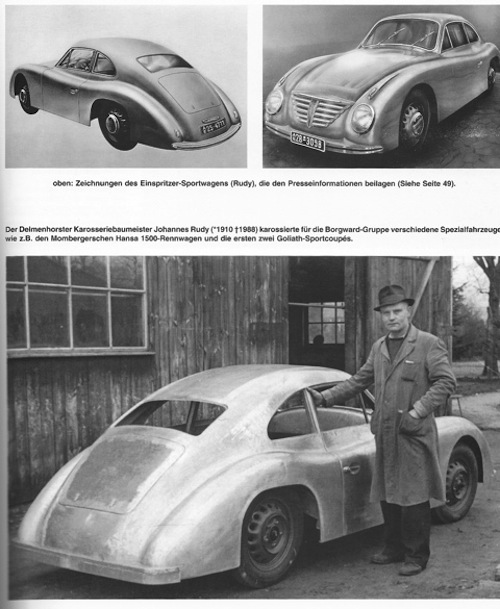 Lots of information and photos here: