lost concept of the day. Cutlass. 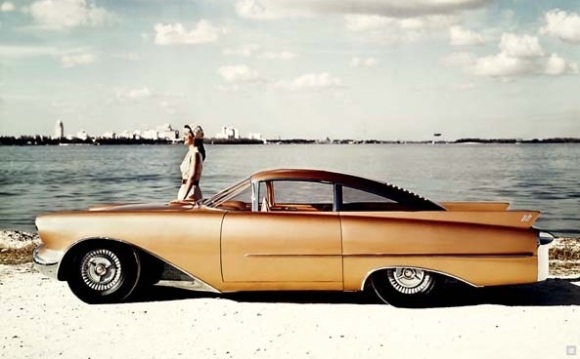 Cutlass? yes Cutlass!  What you’re seeing here is the 1954 Oldsmobile Cutlass Concept, presented at the 1954 Motorama by General Motors.  Surely this car is part of the F88 Concept lineage which was also presented at Motorama 54 in some form or another, because there is clearly a link to this design and the F88; in fact this may in fact be a part of the spectrum/series of the F88 concepts.  I don’t know a lot about the car, but as with many concepts from that era (although the F88 survived!)—-the car is long gone.

Pretty damn beautiful though…..look at that roofline and louvre’d rear window!  All of the old promotional photos i’ve found are showing the car from the rear end, obviously because it is clearly the most striking view of the car!

I also find it quite interesting that in all these photos; i believe the model is the same person….in different clothing! The old days….they were so funky. 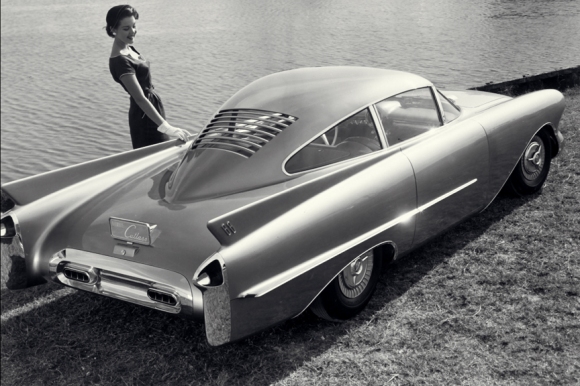 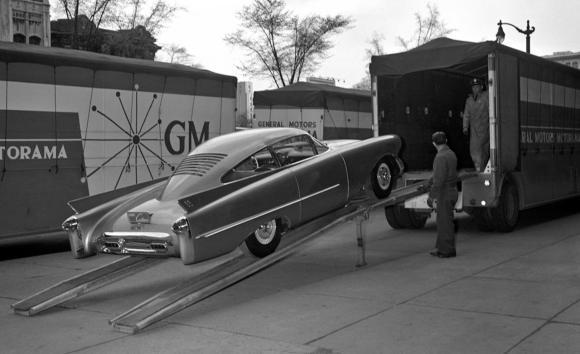 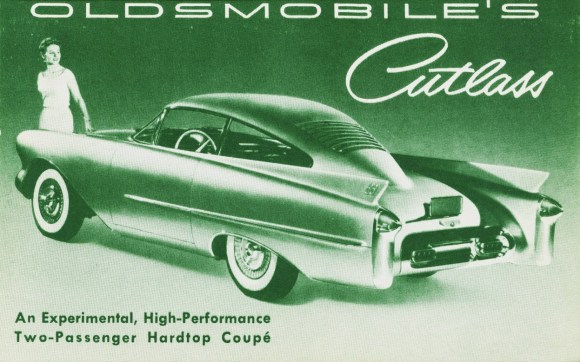 3 thoughts on “lost concept of the day. Cutlass.”