Father of the Panamera: Porsche 989. 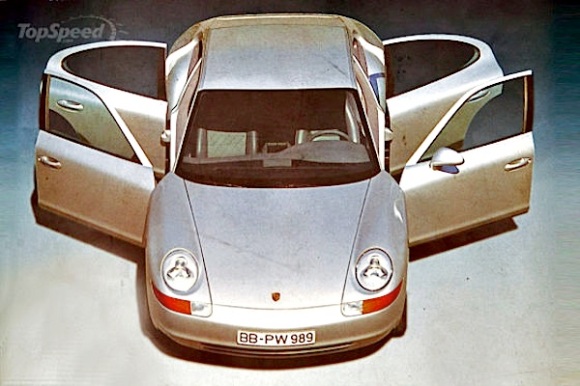 Amazing that this prototype is from 1988/1989…..with styling way ahead of its time in terms of swoopy ‘coupe-like’ rooflines which have made their way back into fashion these days with cars like the CLS, A7, and Panamera.

I am, of course, a huge fan of the Panamera.  And yes i take a lot of crap for it from readers of IEDEI and my friends! ha.  Quite simply, i think it is the most interesting sedan on the road today.

So here’s my take on what happened to the Porsche 989.  Ulrich Bez, head engineer of Porsche in the late 1980s, proposed the idea for a 4-door ‘sedan’ which could be mass marketed as a proper german rival sedan to BMW and Mercedes.  Porsche, pretty much sucked at business during this time;  most people don’t seem to realise that Porsche were in BAD shape through most of the 80s—–virtually going out of business at one point!  They had lackluster products, selling for too much money. Surely the 989 must have come across as a revelation of sorts!  Unfortunately Porsche’s rubbish financial state and the departure of Bez resulted in the project being canned by the early 90s.  Obviously it came back in the form of the Panamera.

So some of you may have seen the photos of the ‘original’ Porsche sedan concept, by Troutman-Barnes—-which may have inspired the 989 (minus the crazy suicide doors on the Troutman!) Here are photos showing the evolution of the design:

As of right now, nobody knows the whereabouts of the 989 prototype pictured here—-in fact I have even read that it was given to Ferry Porsche as a present—-however MY suspicion is that it is sitting somewhere inside Ferdinand Piech’s lost basement of lost concepts, waiting to be unearthed again!  The car has NEVER been photographed again since this original german photo shoot….. 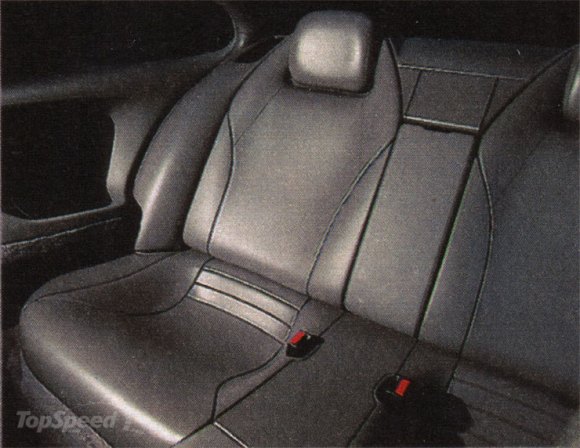