the battle of fender flares.

Amazing how similar these 2 cars were in Ur quattro and M3 form.  Apparently the fender flares were even made by the same company (Bauer)—–however the Ur quattro was introduced to the world at least a good 5 years before the M3.  Dare I say that BMW was heavily inspired by the Ur quattro when styling the M3’s bodykit…..however obviously adding their own touch with a large rear wing.

I’d take the one on the right…..but you knew that didn’t you! 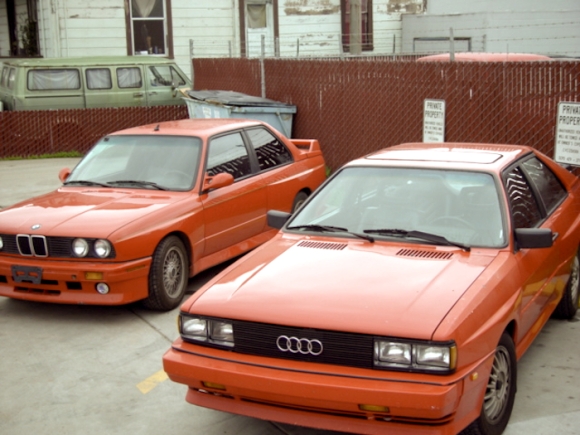 2 thoughts on “the battle of fender flares.”