I’ve got this weird desire to own a ‘cheap and older’ european classic car.  It is a persistent desire and I constantly find myself perusing the classified ads looking for that perfect cheap-ass eurobox…..something that makes me look like a disgruntled member of the United Nations from the 80s or 90s.  Clearly it’s a stupid desire, as i possess MINIMAL mechanical ability to fix these on my own, and them being european; i am virtually guaranteed things going wrong……..but regardless, the desire lives on…and i can’t get rid of it.

my top 5 ‘cheap’ classic cars i want…….WHAT are you guys after? Do you already own a ‘modern’ classic euro car? any stories? 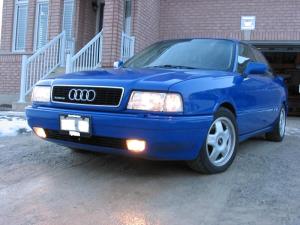 2. Audi 4000 Quattro: While looking for Audi 90s, i started seeing these 4000s popping up….for cheap.  like $1500 for those weird 80s boxy Audis….with quattro.  They’re sort of like buying an Audi quattro coupe….but not really….Either way, they look very german, and i really dig em.  Similar to the 90, if i find an old couple selling their unabused 4000 quattro, i’ll be so tempted to buy one.

3. BMW 3-series E30: Yeah it’s all played out now, because every european car enthusiast knows about the $2000 E30 that you can find on craigslist, so now you have thousands of people looking for these E30s….but they really are a cool eurobox to pick up cheap and drive around for kicks; the biggest problem is how many people are looking for em…… 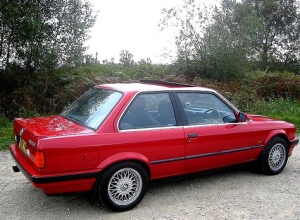 4. Alfa Romeo GTV6: Such a cool car, i still remember one of my best friends in 3rd grade used to get dropped off by his mother in one of these….and i loved it then.  They look much smaller in real life now than i remember them to be back then…but they make a helluva noise still.  It’s tough to find a ‘cheap’ one in good condition, but i think it’s possible.  I know Brad from Automobiliac picked his up cheap….and it looks great.   An affordable way for an american to get a very cool Alfa Romeo for sure…(look at the one in the picture below; it is the HOTNESS)

5. VW Corrado: Another car i always wanted.  Unfortunately all the kiddies into VWs have bought lots of them, abused them, modded them poorly and distastefully, and most of the 2nd hand Corrados i see are quite broken.  Even more unfortunately, when i do find ‘clean’ Corrados…i’m pretty sure they WILL break soon after getting it anyways.  So it’s a car i look at, but i would NEVER buy unless i become trained as a mechanic, because they are always proned to breaking….. 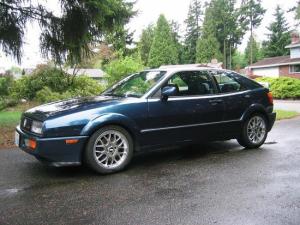