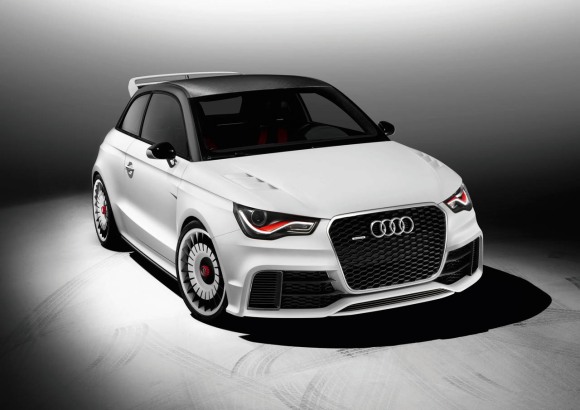 THIS is why I love Audi—–because (A) they are insane, and (B) their attention to detail.  This is a 503hp (!!!!) concept version of their A1 named Clubsport quattro. The engine? Probably the best production engine on the market right now, the 2.5L 5 Cylinder turbo from the TT-RS.  Production? NOT likely!  That being said, i’m pretty sure we are going to see a rock solid S1 (or maybe with a different name, as crossover with the original ‘S1″ may not work out).  RS1? I am not so sure.  But the final result is me feeling VERY dissappointed that we will never get the A1 in this country.  503hp…..holy wow.

Sketches of what kind of gearknob to put in! the details….the details…