Hearing this makes me wanna drop whatever i’m doing, and go buy a Porsche.  Very cool.

thanks to superb Collas Verglas Blog for the heads up! 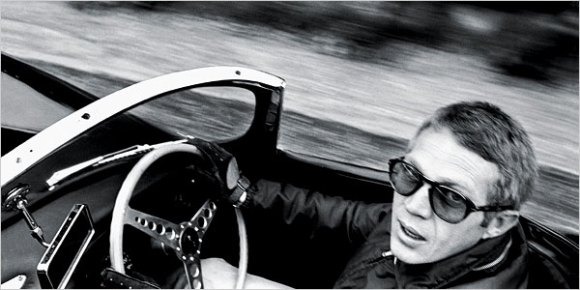 Word is that casting for the upcoming Steve McQueen film Steve McQueen: Portait Of An American Rebel has commenced and that the role of Mr. McQueen is being offered to Brad Pitt.

I’m a huge Steve McQueen fan..and am really excited about a film portraying the adventures and life of Mr. McQueen—and while i think Brad Pitt is a pretty decent pick for this role, i just hope he gets into the role enough to really transmit the soul of McQueen.

Steve McQueen fully absorbed himself in films while he made it; during the film Le Mans, he fully integrated himself with the race, the lifestyle, and the actual driving.  Such is that I hope Pitt is able to understand the character of McQueen and really display McQueen’s character rather than his own…When i told my wife about this—she thinks Jude Law would be a better choice, mainly because he looks more like McQueen.  I think my wife just digs Jude Law! ha.

Either way, i’m looking damn forward to it, and it will surely be the most anticipated film of 2010.