This video is beautiful.  Epic bite the back of your hand beautiful.  The essence of Le Mans in 2012——i’m still buzzing over the race, and this slow-motion “Ultra Motion” video that Eurosport was using during their coverage really shines through when set to shoegazing background music.

thanks to Don  for the tip!

video of the day. evening onboard amazement. 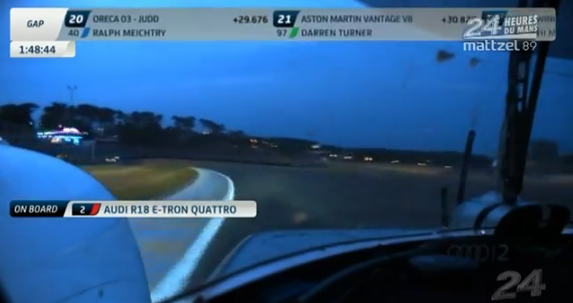 TOMORROW is the day! Here’s some amazing onboard footage from the Audi R18 e-tron quattro.  A hell of a warm up for tomorrow’s 24 hours of madness.  A must watch!

Well yes the 2012 Le Mans is around the corner, but one company brought out their unique prototype yesterday for the Le Mans Test Day.  The Green GT H2 promises to be the first Electric/Hydrogen powered race car—and after participating in 2012’s test day, has been officially invited to race in the 2013 24 hours endurance race.  Very interesting stuff indeed. 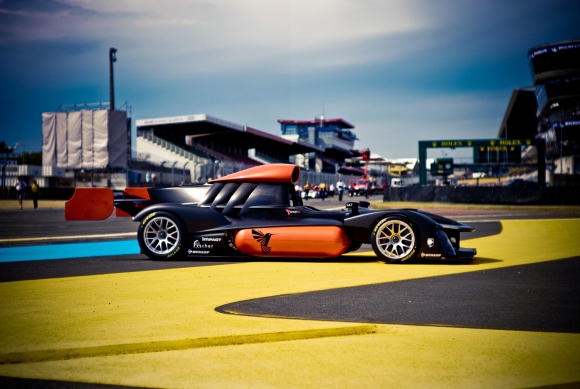 Here’s Green’s highlights of their race car as per their website:

– No pollutants
– No emissions of gas or CO2, or NOx
– Renewable energy

– The hydrogen comes from the electrolysis of water. The water is then recomposed during the production of electricity in   the fuel cell. This same water can then be used again to re-produce the hydrogen.

– GreenGT H2 is expected to reach a speed close to 300km/h. With its on-board electrical control system, the GreenGT H2 can run for 40 min and its new electronic control system allows optimized cornering speeds.

The buzz is rising for Le Mans in June!  Here’s the fantastic cockpit of the R18 e-Tron quattro! wicked.