The Mercedes-Benz CLA45 AMG is NOW.  An AWD, 4-cylinder, turbocharged, 360hp, dual-clutch gearbox, in a beautiful slope-y sedan outline ready to launch this week at the NY Auto Show.

In the past, i’ve been very excited about this entire generation of upcoming MB ‘smaller’ cars…..even though i had spewed some critique about the original A-class concept back in the day. 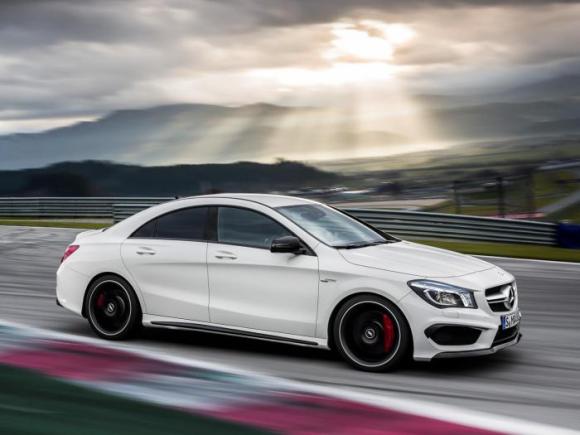 An announcement is expected Friday to hear Renault introducing the plans for their return to endurance racing!  LMP2 is surely expected by the 2014 racing season with possible LMP1 ambitions as well, and the engines are expected to carry the ALPINE badge!  Renaultsport (which evolved out of the original Alpine after it stopped making cars 20+ years ago) will be tuning them and involved with the engine construction.  All of this seems consistent with the Renault plan to resurrect one of the finest racing and rallying marques ever!  I wonder if the cars themselves will be badged “Alpine-Renault” like the old days.

IEDEI is, of course, devoted to Alpine news and will offer updates as they come in.  My biggest issue is going to be whether I root for Audi or Alpine?  I have stayed up to watch almost all Le Mans races for the past several years….and am a die hard Audi fanboy.   If Alpine makes it to LMP1 against Audi…..it will be very very tough for me to root against the boys in blue.

BTW, to fuel the imagination, here is an interesting ‘re-interpretation’ (rendering) of the glorious Alpine A220 by Racing Emotion found at le Blog Auto. Obviously this is not a realistic vision, but still entertaining to look at!

Well i’ve been pretty anxiously awaiting the new Mercedes Benz CLA, as i’m excited about the ‘next phase’ of Euro compact sedans and hatchbacks entering the deprived US market.  I was expecting a lot out of the CLA design, as the Concept sort of blew me away last year.  I wasn’t disappointed.  In black…..this thing looks spectacular.   Can I leave the 4 rings to go be the 3 pointed star?  hmm….

oh and would you look at that interior! it matches my Fitzroy Chronograph watch! dig it lots. 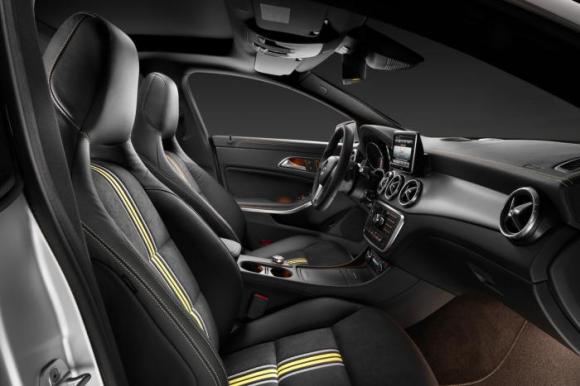 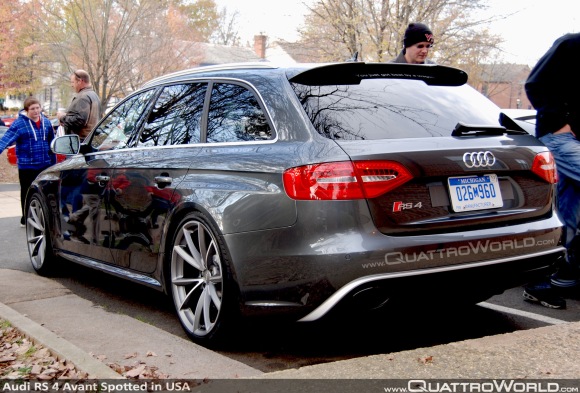 This is THE sexiest and most exciting Wagon  (Avant in Audi language) on sale right now….and having been forbidden for as long as it existed, could this be the first time that Audi is thinking of importing an RS Avant to US shores?  Look at those fenders.  Wicked.  Fruitfully spotted by our friends at Quattroworld at a recent GTG.

There is now a FB page devoted to getting people to join; to convince Audi of America there is a market for this car.  I, for one, am severely interested!  I am currently on the order list for a 2014 Audi S3, however if I was told this would be arriving I would have to re-evaluate things!  The Facebook petition worked for the TT-RS, did not work for the RS3, but let’s hope it works for this.

Dear AoA:  Take the steps we all want you to take.  I can’t tell you how disappointed I was when the 8P RS3 did not come to the US market, and it would be a shame if the B8 RS4 Avant doesn’t come here either.  These are the cars we want and will pay money for! 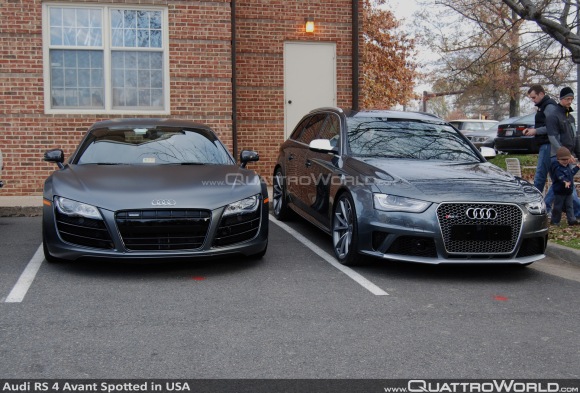 HA! “you just got beat by a wagon” sticker at the top of the back window!

Progress of the Alpine resurrection.

Carlos Tavares (Renault CEO) has been talking some details about the resurrection of Alpine!  It seems it will be a completely new car, and NOT the A110-50 that was shown several months ago.  Should be very, very interesting.

My bet is that Lotus is going to be involved in this….as Lotus and Alpine have a history of collaboration.

“We could have given our engineers €50 million and told them to make the best of it. But that would probably have produced a mediocre car because it’s not much money to play with. Alpine has a great history, and we want to make emotional cars that will be true to that.”

“He won’t yet reveal the mechanical layout but admits it is unlikely to be rear-engined, as the A110 was.”

“Convenience is an important part of modern packaging,” Tavares says, “but we are not inclined to compromise too much. This is a car that must appeal to the emotions. If you refine such a car too much, it loses its special character.”

The production Alpine will bear little relation to the Alpine concept from earlier this year that incorporated the styling of the DeZir concept on to a Mégane Trophy racer. 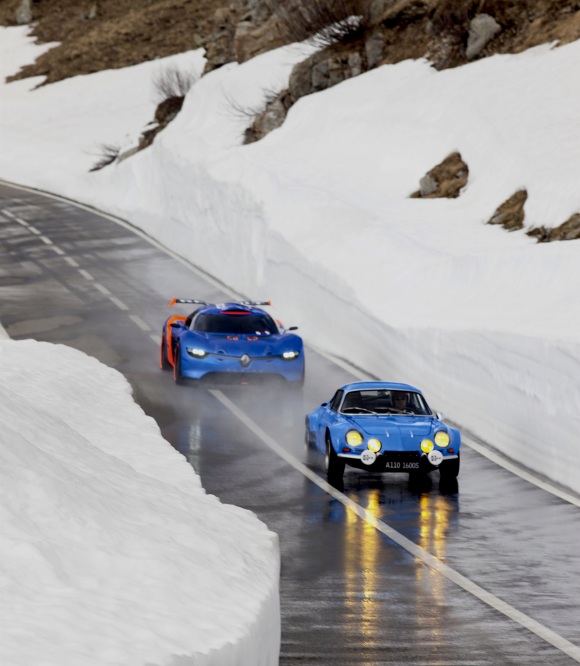 Bentley is coming back to Le Mans!  And would you just look at this beauty.  The Bentley Continental GT3.  Most excellent, sir.

I’m still trying to get over how i’ve posted 2 entries about the Bentley Continental in 1 week.   Don’t get the wrong idea….i’m not that into the Continental….or Bentleys for that matter…but both photos are quite interesting I must say.

Is this an Audi R8 in disguise? i’m almost certain it is.  Does this mean that Audi will be bringing the R8 to Le Mans after 2013? I would certainly assume so.  Domination in different classes is sure to ensue…. 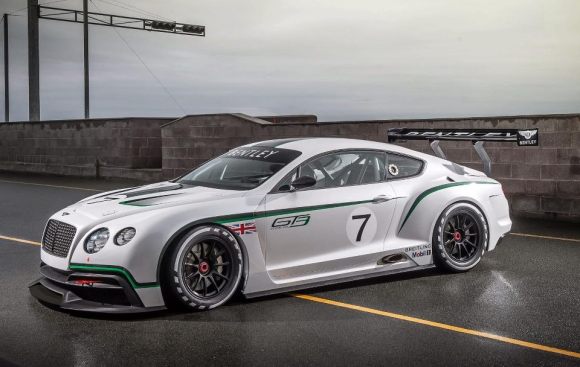 a video of the big beast in action:

The Mercedes-Benz “Concept Coupe” incorporated into an art installation by Paul Cocksedge Studios.

Love the details on it.  Next year is really going to be competitive in the small luxury sedan segment of the US market with this new MB A-Class sedan, Audi A3/S3, and rumoured BMW 1-series sedan.

This is a beautiful car, and it’s really great to see modern automotive design picking up steam.  This will add a lot of excitement to the more conservative Mercedes lineup.   I’m not sure it’s enough to talk me out of a next-generation S3…but it is pretty wicked. I really hope this car reaches production with the design elements intact. 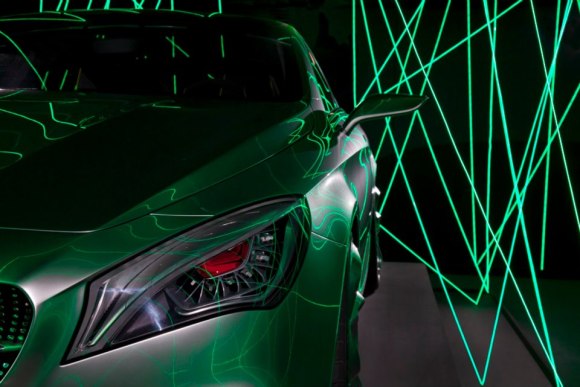 MK3 Audi TT…could this be the 1st official hint?

I believe so!  From everything I minimally know about the MK3 development process, this is by far the closest thing i’ve seen consistent with the descriptions i’ve heard.  Same kinda roofline, but very progressive design.  I really think this photo, which accompanied a technology press release….is the first official hint at the MK3 TT’s design!

the beautiful Mercedes-Benz F800 Concept introduced in 2010, I have it on good accounts that this car will make it to production in late 2012 as a 2013.  It will slot in under the C-class Mercedes and be going up against the A3 Sedan and the next generation (painfully ugly) 1-Series.

Could F1 be coming to New Jersey?

(photo from WSJ of proposed location of track)

(thanks to Stampchez [qw] for the tip!)

Being a NYC resident, i’m hugely excited by this article.  We have heard this all before, as a couple of years ago there was some buzz about F1 coming to Liberty State Park in New Jersey—-but this time, there seems to be some positivity regarding the possibilities.

DO IT BERNIE, you sad old geeza!

Porsche returning to Le Mans in 2014. 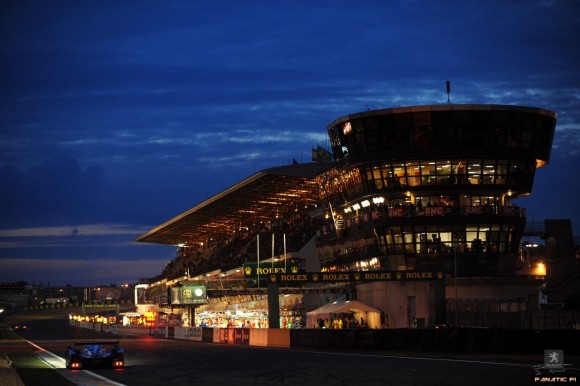 With Audi surpassing Ferrari in the all-time Le Mans wins with 10 currently, the all-time leading marque (16 wins) is set to return!  Porsche is planning a return to Le Mans, and I for one am very excited to see more competition to the greatest race in the world!

By now i’m sure you have heard the debates about Formula One switching to a V6  Turbos OR  4-cylinder Turbos by 2013/2014.  The latest news being reported by ESPN is saying that Audi was one of the primary reasons why F1 had initially agreed to switch to 4 cylinder turbos.  Apparently Audi had originally said they would join, and the FIA obliged by accepting the idea of the 4 cylinder turbo.  After the decision was made, Audi then flipped and decided the finances weren’t working out for them to join F1—and changed their mind.  Following Audi’s uncertainty about joining F1, the FIA has recently decided that it is going back to the original idea of V6 Turbos.

I, personally, am a big fan of 4 cylinder turbos and feel they would have enhanced development of road going 4 cylinder turbos in street cars—-and am dissappointed that Audi retracted their original idea of joining F1.  I think it would have been great if they had joined—possibly filling the void that BMW had left when they retreated from F1 a few years ago.  Here’s hoping they change their minds again and decide to enter!

(thanks to Stampchez for the tip!) 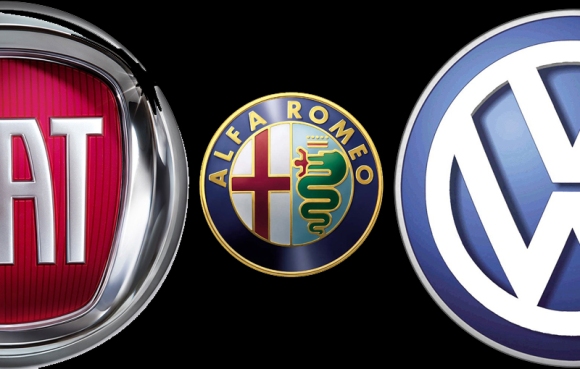 Well this is a hell of a rumour, that has been getting louder and louder over the past few months.  Fiat has been whining about Alfa Romeo not making any money for the company for a LONG time now….and according to several articles I have been reading as of late, it seems that Walter De Silva (ex-Alfa Romeo design chief, now VW/Audi design chief) has been urging Martin Winterkorn to really go after buying Alfa Romeo should Fiat decide to sell the brand.  Walter De Silva is so excited about this all, that according to one article i found, it states: “Given what is assumingly the passion for Alfa design, de Silva has in thoughts already about 8 models for Alfa, along with designs as well as drawings.” Easy boy!

To be honest, as someone who is REALLY into Audis and their philosophy, I have been seeing Audi as the new Alfa Romeo for the past few years…..they’re making the cars that Alfa should be making….and the Volkswagen group buying Alfa Romeo could REALLY rejuvenate the brand.

Is there any truth to this? we’ll have to see!  It could just be substance-less, gossip…..or it could be the real thing.  Knowing the way Volkswagen works, i wouldn’t doubt they are after the brand.

here are some articles about it: